When The Revolution Comes, Everything Will Be Beautiful 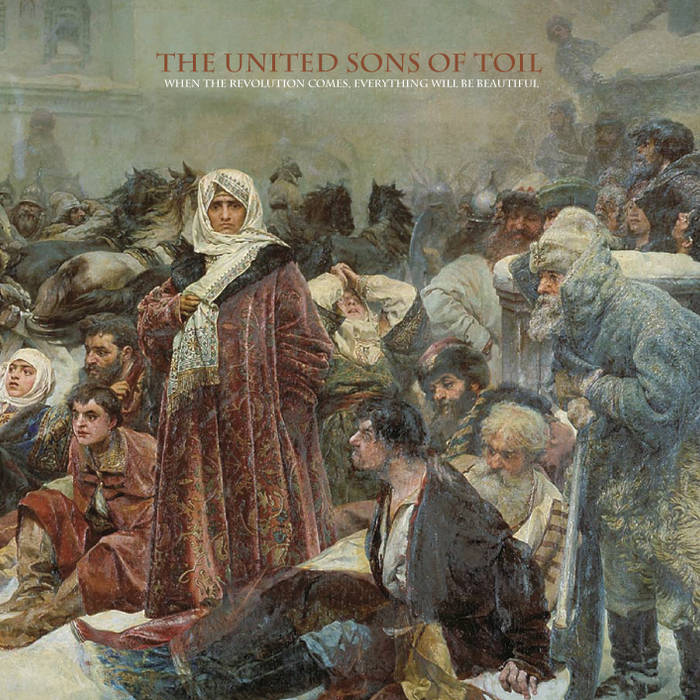 SurferRosa78 They might not be a band anymore, but you aren't to late to get their fantastic tunes! USOT have made some of the best post-hardcore, noise-punk I have ever heard. 100% worth a listen.

onlysortapretentious/10 Favorite track: The Concept of the Urban Guerrilla.

The story is one of an oppressed and hopeless people. Pushed to the brink by corruption and squalid, inequitable conditions, they resort to violence. As they struggle, they convince themselves that their violence is justified and, in fact, that they have no other choice. When they come to power, they face the same problems as those they replaced and become oppressors themselves. Dissension within the new order sets the cycle in motion again.

Fundamental societal change can emerge only through radical individual change.

All Songs by The United Sons of Toil (cc by-sa). unitedsonsoftoil.com

Basic tracks recorded by Ricky Riemer at Science Of Sound, Madison WI. Additional recording and mixing by Russell Hall and Jason Jensen at Flannel Jammies. Mastered by Carl Saff at Saff Mastering, Chicago. Cover art: “Martha the Mayoress at the Destruction of the Novgorod Veche” by Klavdiy Vasilievich Lebedev, 1889.